To quote Hannibal from The A Team, “I love it when a plan comes together”.

This plan has been in motion for the guts of three months – and now it’s finally coming to fruition. On 11th of August, 15 intrepid employees from across OLIVER Group (including members of DARE, Aylesworth Fleming and Adjust Your Set) will meet with clients of the Shaw Trust, a charity which helps get people from all walks of life back into work.

OLIVER staff will spend the morning mentoring Shaw Trust clients, helping them with CVs and interview techniques, ahead of a job fair that afternoon, where they’ll be hoping to secure second interviews – and maybe even a job on the day itself.

OLIVER as an agency prides itself on its philanthropic values. The embodiment and best example of this was the creation in 2014 of our charitable foundation Oliver & Learn.

Oliver & Learn has one mission: to alleviate poverty. We do this by supporting educational projects in disadvantaged communities around the world. Historically, the charity’s main focus has been in Kenya, but we decided that we now wanted to extend its reach onto home soil, and give our employees the opportunity to become agents of change in their local communities.

So with the help of some of the brightest brains in OLIVER, we teamed up with the charity Volunteering Matters, who helped educate us in how we could get involved with charities who are making a palpable difference. They recommended the Shaw Trust as being a charity whose objectives and interests mirrored our own, and we’re now thoroughly looking forward to supporting their clients on August 11th.

All OLIVER Group staff have the opportunity to take a day out of the office for paid charity work. This could either be for a charity of their own choice, or through an event organised by Oliver & Learn.

This new Giving Back Day initiative provides a platform for 400+ OLIVER UK staff to take advantage of this benefit. Much like an episode of The A Team, we’ll soon have a crack team of odd-bods from the agency all working towards one goal.

And this is just the first of what will become a long line of Giving Back Days. Once this event is done and dusted, we’ll be opening up applications for OLIVER Group Staff to get involved with the next one. Watch this space for updates. 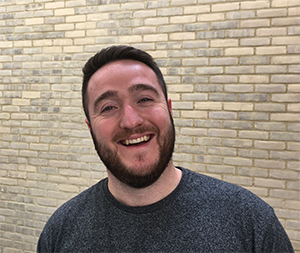 This initiative was spearheaded by James McDonnell, Talent Acquisition Advisor at OLIVER.

James moved into talent acquisition four years ago following a career with the Army. He’s now been at OLIVER for 364 days*, sticking around largely because of the free Coco-Pops for breakfast.

“I’ve always loved working with charities. I’ve organised various activities for the charity Oliver & Learn including beer pong for Paddy’s Day and a walking tour of East London. One of the most attractive things to me when I interviewed at OLIVER was their philanthropic outlook and the fact they had a great charity. Also, my managers Ivana and Paul have been super-supportive of this venture so it’s been a pleasure to do.

(I may or may not have been bribed to say that…)”

*Correct at time of publication.

Milan Semelak: Interview with a Chi...

To quote Hannibal from The A Team, “I love it when a plan comes together”. This plan has been in motion for the guts of three …